As experts gather evidence demonstrating links between height and health conditions such as heart disease, Alzheimerâ€™s and a range of cancers, understanding exactly how height relates to health risks can offer new insights into cause, effect and even links between these serious conditions. 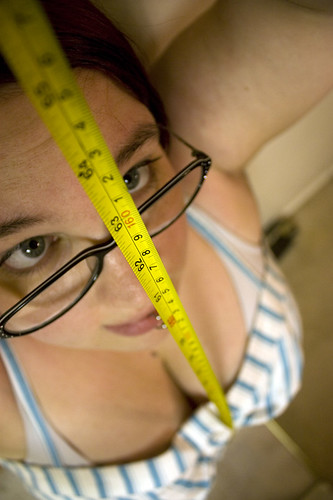 The leading cause of death in the U.S, coronary heart disease (CHD) kills approximately 600,000 people annually according to the Centers for Disease Control and Prevention (CDC). Â Â Collation of recent data from over 3 million individuals within 52 studies demonstrated that CHD may not only be prevalent in shorter people, but they may actually face a 50% higher risk.Â  The reported findings, published in the European Heart Journal in 2010, concluded that exploring the link between the risk of coronary heart disease and heart attacks in shorter people â€œthrough the effect of smaller coronary artery diameterâ€ would be â€œinteresting to exploreâ€.

Similarly, a study of deaths from CHD occurring in 35,000 identical twins found that CHD fatalities seemed to occur in the shorter twins.Â  The study, published in 2006 in the American Journal of Epidemiology, suggested that this link might stem from the effect on heart disease and height from environmental and nutritional, rather than genetic factors, although Dr. Tim Byers, professor of preventative medicine and biometrics at Denverâ€™s University of Colorado Cancer Center, acknowledges the difficulties in researching this accurately as not many adults can accurately recall their childhood diet.Â  â€œWe need to look early in life for those factors.Â  Itâ€™s not impossible, but itâ€™s hardâ€ Byers explained.

Separate studies across the UK and the USA have linked height to ovarian cancer in women.Â  In the UK, the results of 47 studies, published in the journal PLos Medicine, demonstrated that the risk of developing ovarian cancer could rise by 7% for every additional 5 cm of height above the female average of 5 feet 3 inches.

Meanwhile, the U.S Centers for Disease Control and Prevention statistics show that approximately 15,000 women die annually from ovarian cancer, whilst a recent medical study reported that the risk of developing the disease may be greater for taller women.

These findings correlate with a 2011 study in the Lancet Oncology publication which established increased risks faced by taller women, of developing 10 different cancers, including skin and breast cancers.Â  Similarly, a study published in the Cancer Epidemiology, Biomarkers & Prevention journal in 2008 suggested that height could be a risk factor in male prostate cancer.

With height being predisposed by many natural and environmental factors, clearly these findings present cause for concern in taller people.Â  However, whilst Dr. Byers agrees that â€œheight is an indicator of some risk factorâ€, he maintains that â€œbeing physically active, eating a balanced diet and maintaining health are beneficial behaviors for everyone.â€Â  Dr. Byrne also recommends all individuals to â€œget the recommended cancer screening tests, regardless of height.â€

With approximately 5.4 million Americans affected by Alzheimerâ€™s disease (Alzheimerâ€™s Association statistics), Alzheimerâ€™s is the prevalent cause of dementia in the U.S.Â  Age and a history of cardio-vascular disease are identified risk factors, whilst the diseaseâ€™s pattern of genetic behaviour make family history an additional risk.

More recently though, the Journal of Alzheimerâ€™s Disease published a 2007 study, established that the risks also appear higher for shorter people.Â  Comparing 341 healthy men with 239 male patients with Alzheimerâ€™s, males whose height exceeded 5 feet 10 inches were found to have a much lower risk of developing the disease â€“ a considerable 59 percent lower risk, in fact, than men of 5 feet 6 inches or less in height.Â  However, a common link between height, CHD and Alzheimerâ€™s has yet to be established.

A study of 10,000 men in Israel in 2002 demonstrated that the risk of death from strokes is more prevalent among shorter people.Â  Published in the journal Stroke, the study established that of 364 male fatal stroke victims, those in the shortest quartile faced a 54% increased risk of suffering a fatal stroke than their tallest counterparts, and that additional nutritional and environmental factors should be considered.

Byers comments that in addition to this, height may also affect hormones which influence the risk of disease, as taller and shorter people have differing hormone profiles, a factor which â€œdefinitely needs more attentionâ€ Byers concludes.

Also known as Juvenile Diabetesâ€™, due to the relatively high diagnosis rate in children, teens and young adults, type 1 diabetes is considered the consequence of the auto-immune system attacking the pancreasâ€™ insulin-producing cells .Â  With â€˜growth spurtsâ€™ being a common feature of teenage years, the journal Pediatrics published a 2002 study which identified that taller children seemed to demonstrate â€œincreased risk for development of diabetes mellitus type 1, except perhaps during infancy or early adolescence.â€

However, with other studies suggesting opposing conclusions: of children with diabetes being of comparable or shorter height than non-diabetic children, there is lively debate around the links between diabetes and height.

Meanwhile, medical research continues with heightened interest, as any confirmed findings relating risk to height might offer a breakthrough in identifying common, underlying links across all of these potentially fatal conditions.

Charlene MattsonÂ is an enthusiastic and passionate writer who has been writing about nutrition, diet and health tips. If you are interested in knowing about height growth visitÂ Grow Taller 4 Idiots, which provides excellent advice and tips on height growth.

Charlene Mattson is a passionate writer and avid blogger, besides having worked in the â€˜ITâ€™ for four years. She is proficient in writing on nutrition, health, beauty and childrenâ€™s products.