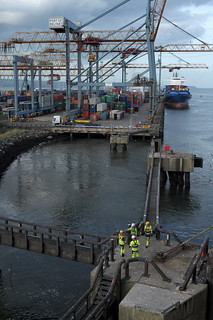 America has had its share of detrimental disasters, and October 2012 added to this list when Hurricane Sandy ravaged the most populated areas of the country. Early estimates put the cost of damages related to the hurricane at around $20 billion, but full losses, including business interruption, have already been calculated as exceeding $50 billion. The economic losses are detrimental, but the human toll is what is really disheartening. Maritime workers were unfortunately in a situation which put them at increased danger, but luckily, there are some protections for these workers.

Injured maritime workers all have assured rights known as â€˜maintenance and cureâ€™. These rights ensure that those who work alongside the sea are protected in the event that they are injured on the job. It isnâ€™t even necessary for workers injured as a result of Hurricane Sandy to have suffered due to anyoneâ€™s negligence for them to receive these benefits.

â€˜Maintenanceâ€™ basically refers to a small payment the worker will receive after their injury. Many maritime lawyers may agree that these payments are usually miniscule, ranging from $10 to $40 a day, and are meant to provide the maritime employee with reimbursement for the food and shelter they usually receive while working on a vessel. â€˜Cureâ€™ is the healthcare that an employer provides in relation to the workerâ€™s injury. It is their responsibility to cover the costs related to an injury until the worker is considered as medically recovered as they will get.

The Jones Act, also known as the Merchant Maritime Act of 1920, provides seamen who spend thirty percent of their time on a vessel with certain rights when they are injured due to the negligence of coworkers or employers. A worker who was injured in relation to Hurricane Sandy likely has a strong case when it comes to the Jones Act. Employers who are found negligent under the Act must provide full medical compensation, wage compensation and sometimes even payments for pain and suffering.

The Jones Act will come into play when a worker is injured due to the negligence of those around them. Any employer who had their employees on a vessel or doing maritime work during Hurricane Sandy will likely be proven negligent. There were repeated warnings about the detrimental effects that this storm could have on the regions it would affect, so anyone who chose to send their workers into harmâ€™s way violated a very important duty.

Maritime workers may also be able to receive further compensation under the Jones Act due to their ship being an unsafe place to live and work. Many ships were obviously safe to live and work on before the hurricane, but as soon as the storm came into the picture, this was no longer the case. Employers who sent workers out on vessels during Hurricane Sandy did so knowing that the vessel would not remain safe. This is unfortunate for many maritime workers, but it will likely help them receive full compensation for their injuries.

Hurricane Sandy will definitely go down as one of the most disastrous hurricanes in United States history. What is even more disheartening than the damage that the hurricane caused is the fact that some shipping companies and employers completely disregarded the safety of their employees during the storm. Luckily, legislators at one point decided to protect the interests of those who work on the sea, so it is very likely that they or their family will be taken care of after their injury or death, respectively.

[box]Nadine Swayne is a freelance writer who contributes this article on behalf of Doyle Raizner LLP. If you are a maritime worker and have been injured at sea, you should seek out experiencedÂ maritime lawyersÂ to help represent you with your claim. The attorneys at Doyle Raizner LLP offer a free consultation to get you fair compensation under The Jones Act.[/box]

Nadine Swayne, a former television journalist, is a freelance writer with a B.A. in Communications. Being raised in the metropolitan areas of NYC/NJ helped to cultivate her interest in the arts, health, media and social communities. The array of experiences and friends help her contribute articles from many points of interests.